Chief Cornerstone is one of the messianic names of Jesus (Yeshua‘). It describes Him as an important cornerstone in a building. The Hebrew word ro’sh and the Greek word kephalē both mean “head.” The Greek word gonia comes from the word for a knee and so it means an angle or corner. This stone was placed at the top of a wall corner to help hold the building together.

In the psalm, this descriptive name referred to the nation of Israel who came from rejection to occupy the honored position. The messianic meaning of the name becomes clear in the New Testament verses that quote the psalm. The Jews were like the builders. In unbelief, they rejected Jesus and had Him crucified. They did not realize that Jesus was the stone that God had chosen to cap His spiritual building.

The Lord Jesus Christ should be both the foundation of all we do, but also the final stone holding everything together. 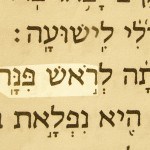 Chief Cornerstone (Rosh pinna) in the Hebrew text of Psalm 118:22.

The stone which the builders rejected Has become the chief cornerstone. (Psalm 118:22)

In the KJV He is called the head stone of the corner. 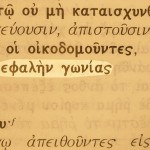 Chief Cornerstone in the Greek text of 1 Peter 2:7.

All these New Testament verses quote Ps. 118:22. However, some Bible versions translate the Greek words with different names for Jesus, for instance: capstone (NIV) and head of the corner (KJV).

Other names of Jesus speak of Him as a stone or rock. He is the stone of stumbling and the rock of offense. Either people consider Him precious and give Him honor, or they see no value in Him and discard Him. First Peter chapter two explains that Jesus fulfilled several of these names including the related title, “cornerstone.”