’El ‘elyon and ’Elohim ‘elyon are Hebrew names for God that are translated as God Most High in several places in the Old Testament. Occasionally, the English word order is altered and the name Most High God is used.

In Genesis 14:22, Abram worshipped God Most High but called Him Yahweh (Jehovah). Melchizedek called ’El ‘elyon Possessor or Creator of heaven and earth. It is possible that ’El and ‘Elyon were names for two Canaanite gods, which were later combined into one “lord of the gods.” Abram accepted the name that Melchizedek used for God but he was careful to correct him—Yahweh is the true God Most High. 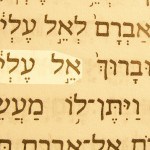 God Most High in Hebrew:

Melchizedek said, “Praise be to God Most High,
who delivered your enemies into your hand.” (Genesis 14:20, NIV) 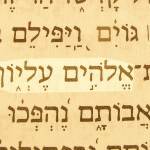