Names of God including the word “Father”

Seventeen names include this word. For more information, click on the name below.

God of my father

God of my father Abraham

God of my father Isaac

God of your father David

Spirit of your Father

God is rarely called “Father” in the Old Testament, although there are a few places in which He is described in those terms. However, in the New Testament, the message is clear: God is our Father. Part of the mission of Jesus (Yeshua‘) was to reveal the true nature of God to us as a loving Father and to reconcile us to Him through His death on the cross. 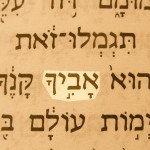 The word ’Abba is the more everyday address used by children of all ages. It is equivalent to “daddy” or “dad.” ’Av is the word found in the Old Testament and is equivalent to our word “father.”

How gladly would I treat you like my children
and give you a pleasant land,
the most beautiful inheritance of any nation.
I thought you would call me “Father”
and not turn away from following me. (Jeremiah 3:19 NIV) 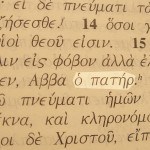 Paul referred to God as Abba, Father in Romans 8:15.

For this is the will of My Father, that everyone who beholds the Son and believes in Him will have eternal life, and I Myself will raise him up on the last day. (John 6:40)

Other names for God the Father are Living Father, Father of lights, Heavenly Father, Eternal Father or Everlasting Father, and the Greek transliteration of the Hebrew word, Abba.

The European Cuckoo fascinates British people. The male bird heralds summer with his distinctive “Cuck–coo” call. Meanwhile, the female cunningly deposits her egg in the nest of an unsuspecting surrogate species. Far from becoming like its adoptive mother and father, the chick takes over. As the nestling grows larger than its tiny hosts, it rolls their real eggs over the side of the nest. Birders call it brood parasitism.

When the people of Israel heard Moses’ last speech, they must have caught their collective breath suddenly as he switched from describing God to describing them. It was quite the contrast. God is faithful, just, righteous, and upright; Israel behaved with as little family likeness as a baby cuckoo in a warbler’s nest. God called it corruption.

I proclaim the name of the Lord;
Ascribe greatness to our God!
The Rock! His work is perfect,
For all His ways are just;
A God of faithfulness and without injustice,
Righteous and upright is He.
They have acted corruptly toward Him,
They are not His children, because of their defect;
But are a perverse and crooked generation.
Do you thus repay the Lord,
O foolish and unwise people?
Is not He your Father who has bought you?
He has made you and established you.

You neglected the Rock who begot you,
And forgot the God who gave you birth.
(Deuteronomy 32:3-6, 18)

Unlike many Old Testament writers, Moses referred to God as a Father as well as Creator. He also called Him “the Rock who begot you” and “the God who gave you birth.” Children of God are expected to behave like God—faithful, just, righteous, and upright. Most people take pride in being a chip off the old block. Moses told Israel that they should be ashamed of behaving like illegitimate children. He wanted to motivate them to live differently.

The rest of the speech reads as though Moses had peered down a tunnel through history. Israel would continue being disloyal to God. She would seek security from other “rocks.” However, rather than completely abandoning the nation to her fate, or destroying her, God would remain faithful. The Jealous and Avenging God would punish Israel’s suitors. Finally, He would atone for the land and His people.1

We live at the other end of that tunnel, with every opportunity to learn history’s lessons. Jesus wiped the slate clean by His atoning sacrifice. Now, as God’s children, we are free and empowered to share the likeness of the very best Father.2 Let’s honor Him by living up to His name.