God of Jerusalem is a name first given to God by servants of King Sennacherib of Assyria while they were mocking the people of Judah. At the same time Sennacherib referred to God as the God of Hezekiah.

The Assyrians thought that God was just like any other national god and would prove worthless to Judah as those gods had to their nations. It was a proud, boastful mockery, and turned out to be completely false. Unlike the other gods, God delivered Judah and spared Jerusalem.

Later, while the Jews were in exile in Babylon, King Artaxerxes issued a decree to Ezra that included the same name of God. People who do not know God personally will often use very generic names for Him. It is up to us, His people, to fill in the blanks of His character and ways to help them as we tell them about Him. 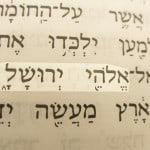 Elohei Yerushalaim, translated God of Jerusalem, in the Hebrew text of 2 Chronicles 32:19.

God of Jerusalem in Hebrew:

And they spake against the God of Jerusalem, as against the gods of the people of the earth, which were the work of the hands of man. (2 Chronicles 32:19 KJV) 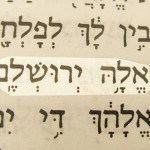 Elah Yerushelem, Aramaic for God of Jerusalem in Ezra 7:19.

God of Jerusalem in Aramaic:

Deliver to the God of Jerusalem all the articles entrusted to you for worship in the temple of your God. (Ezra 7:19 NIV)