Most High God represents the Aramaic version of the Hebrew name ’El ‘Elyon, God Most High. The name states that God is the very highest of all spiritual beings to which humans give the title “god.” There is also a New Testament Greek form of the name. 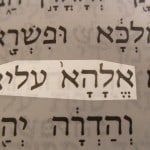 Most High God (Elaha Illaya) in the Aramaic text of Daniel 5:18

Most High God in Aramaic:

It is my pleasure to tell you about the miraculous signs and wonders that the Most High God has performed for me. (Daniel 4:2, NIV)

In some Bible verses, other names for God are written as Most High God, for instance Psalm 78:35, 56 where ’El ‘Elyon and ’Elohim ‘Elyon are found. Elsewhere, the New American Standard Bible translates those Hebrew names as God Most High. 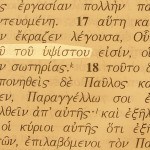 Most High God in Greek:

For this Melchizedek, king of Salem, priest of the most high God, who met Abraham returning from the slaughter of the kings, and blessed him. (Hebrews 7:1, KJV)