Names of God including the word “ruler.”

Two names include the word “ruler.” For more information, click on the name.

Ruler of the kings of the earth

The most well known example of the word ruler used as a name of Jesus (Yeshua‘) is in Micah’s prophecy about Jesus the Messiah (Christ). The prophecy also says that He would be a shepherd. King David was a shepherd before he became the king of Israel. People expected the Messiah to come as a shepherd-ruler as a greater David.

In the New Testament, the English word ruler is only given to God a few times and usually as part of a compound name of God or Jesus. Only once does the word occur on its own. The same Greek word can also mean “leader.” In Luke 22:26, the word is used when Jesus says the “leader” should function as a servant. 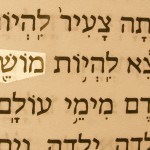 But you, Bethlehem Ephrathah,
though you are small among the clans of Judah,
out of you will come for me
one who will be ruler over Israel,
whose origins are from of old,
from ancient times. (Micah 5:2)

The NIV calls God Israel’s ruler in the previous verse. 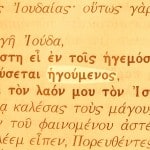 Ruler or Governor in the Greek text of Matt. 2:6 that quotes Micah 5:2.

The KJV uses the word Governor in this verse.

Ruler of the kings of the earth and Ruler of the creation of God are similar names of God in the English New Testament, though they come from a different Greek word.