In Matthew 21:42-44 and parallel passages, Jesus (Yeshua‘) applied the prophetic words of Psalm 118:22-23 to Himself and thus accepted the title “Stone.” Jesus likened Himself to a stone that had far more value in God’s purposes than most people realized.

King Nebuchadnezzar had a dream in which the heavenly stone was revealed. Daniel interpreted the dream as a prophecy of the coming kingdom of God inaugurated by Jesus. 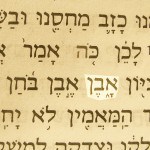 The stone which the builders rejected
Has become the chief corner stone.
This is the Lord’s doing;
It is marvelous in our eyes. (Psalm 118:22-23) 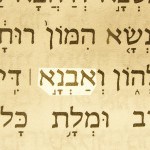 You continued looking until a stone was cut out without hands, and it struck the statue on its feet of iron and clay and crushed them. Then the iron, the clay, the bronze, the silver and the gold were crushed all at the same time and became like chaff from the summer threshing floors; and the wind carried them away so that not a trace of them was found. But the stone that struck the statue became a great mountain and filled the whole earth. (Daniel 2:34-35) 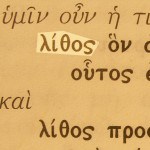 Jesus is
“the stone you builders rejected,
which has become the cornerstone.” (Acts 4:11 NIV)